In response to recent postings, NSBA reminds exhibitors that www.nsba.com/world-show and the NSBA Facebook page are the official source of news for NSBA. The 2020 NSBA World Championship Show is scheduled for August 7 - 16, in Tulsa, Oklahoma and we are closely monitoring the COVID19 pandemic as it pertains to the show and to Oklahoma. NSBA will continue to work with the facility, State and local authorities in preparing for the event to move forward as planned while keeping the safety of our exhibitor as utmost importance. 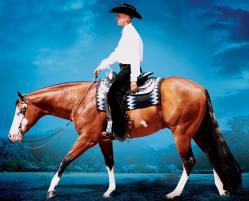 The breeding will sell under terms expressed in stallion owner’s current year service contract, except when in contradiction with that of NSBA. In that case, NSBA contract will take precedence.
WITNESSETH:
In consideration of one dollar and other good and valuable consideration, we the owners of the stallion recorded above, sell, transfer, and assign to NSBA, a Breeding Service for the year 2020, to the above named stallion. It is expressly understood by all parties to this agreement that this breeding service is assignable only by NSBA, pursuant to the terms and conditions of its Stallion Incentive Fund Program for the year in which said breeding applies, said terms and conditions being incorporated herein by direct reference thereto. All parties to this agreement are further bound and agree to all of the following terms and conditions:
1. Mare owners shall be entitled to one return privilege in the following year for the same mare, if said mare does not produce a live foal that stands and sucks in the year following the first breeding pursuant to this contract, or in the event of the death, or vet-certified breeding unsoundness of said mare, a substitute approved by stallion owner may be bred.
2. That should the above named stallion die or become unfit for breeding purposes and said mare has not been serviced by said stallion, then any monies paid by mare owner to NSBA shall, upon proper verification of the above named stallion owner, be given credit to purchase another stallion fee in the succeeding NSBA Stallion Service Sale. If credit balance remains, credit will be issued for the balance the second year. Should the above named stallion die before the breeding sells, the breeding can still be purchased for half of the advertised stud fee plus $100 administrative fee to make foals eligible for a Stallion Incentive Fund License. After the current foaling year, any stallion may be paid into the SIF program for a Grandfather fee of $800.
3. The mare shall be in a healthy and sound breeding condition and a veterinarian certificate shall accompany all dry mares. Failure to furnish this certificate will be authorization to have the mare examined by a veterinarian at the mare owner’s expense. The mare owner herby gives permission to have the mare treated by a licensed veterinarian and have normal veterinarian services performed for anything which might insure the mare’s well being, including as many pregnancy examinations as deemed necessary by the veterinarian.
4. In order to qualify for this breeding service, the mare must be halter broken.
5. The stallion owner agrees to diligently try to settle the mare, If, however, she does not settle, the stallion owner nor attending veterinarian will be held responsible.
6. A Breeder’s Certificate shall be furnished to the mare owner upon payment in full of all board and veterinarian expenses owed and birth of live foal.
7. NSBA requires the owner of every stallion to submit a written report showing the exposure of all mares exposed to said stallion since the previous December 15. The stallion breeding report must be postmarked or delivered by December 15 of the breeding year. If a stallion is leased during the breeding season, the lessee must make this written report. This report shall include the names, registration numbers and breeding dates for all mares owned by the owner the stallion as well as mares owned by other parties.
8. The breeding will sell under the conditions as set forth in the NSBA Stallion Incentive Fund Program Nomination Form/Breeding Contract completed by stallion owner or agent, which is outlined below in #9. NSBA acts only as agent in this sale and will not be responsible for accident, sickness, or death to any stallion, mare and/or foal. Stallion owner and mare owner hold NSBA harmless in the event of a published error of these fees. This contract will supersede and the mare owner’s payment to the NSBA is in acceptance of these terms. All fees below are subject to verification by the National Snaffle Bit Association.
9. Mare owner is responsible for the following fees as applicable:
Chute Fee, Mare Care, Collection Fee, Container Deposit and Shipping Fee.
10. The successful purchaser of the breeding herby consents to NSBA affixing their name to this contract and by presentation of a mare pursuant to the stallion service which is sold through this program the mare owner agrees to all terms and conditions herein.
11. When the stallion service is sold, the stallion and mare owners will receive one(1) copy of NSBA’s breeding contract with the name of the mare owner inserted. The mare owner acknowledges that delivery of the mare for breeding constitutes in and of itself acceptance of all the terms and conditions of this agreement.


No other auctions by this seller...